by hackersknight // in Computers, Dell, Laptop

Dell XPS Series is well known for there stylish and sleek laptop appearance along with the high-powered Hardware. Dell because of such a combination gained respect from all around the world and become a well-known class in the laptop world. Well with its last attempt as XPS 13 it nearly stunned the reviewer’s from everywhere. And here it comes with the new Dell XPS 14 which is we cannot say as update or upgrade of XPS 13 but far more advance in other aspects than XPS 13.

The whole bodywork layout is comfy and spacious & and on top of that the silver and black motif makes it Damm tempting to use whereas the best part comes in the act when the user opens it up for the first time, and the soft-touch rubber paint Dell slathers across exposed surfaces helps insulate users hands from heat and gives the laptop a luxurious feel at the same time. The users can find their windows license key at the bottom.

On the left side, Dell XPS 14 comes up with a pair of USB 3.0 slots along with a Mini DisplayPort, HDMI port, and an intelligently expanding Ethernet port that feels extremely enduring, and on the right-side user can get 3.5mm, Jack, long with Kensington lock slot. There is also a Battery indicator at the bottom where five LED lights tell the remaining batteries. Just as shown in the image –

Powerful graphics, Powerfully smart. The XPS  14 laptop has what it takes to take you to new levels of performance. The XPS 14 comes with standard leading-edge Nvidia performance graphics (available up to 2 GB) for powerful photo and video editing and high-resolution gaming with breathtaking detail. Long media marathons are no problem with smart power management that helps extend battery life when you need it.

NVIDIA Optimus technology automatically optimizes your battery life while maintaining the graphics performance you expect — completely, seamlessly, and transparently — whether you’re watching an HD movie, surfing the Web, or playing a 3D game. (available with Core i5 configurations only). The Dell XPS 14 gives 1600*900 screen resolution with a protective Gorilla Glass layer on top, which is good enough for a laptop.

But sadly XPS 14 Doesn’t have the fix for the colors wash out as soon as you move your head the slightest amount. Blues turn into greys when viewed straight on, both brightness and contrast diminish significantly if you move to either side and critically, there doesn’t seem to be a single position where the colors look good all the time. This problem has been carried forward by XPS 14 from XPS 13.  “This can be the deal-breaker !!!”

Dell XPS 14 Comes with JBL 2.0 Designed & Certified Speakers +Waves MaxxAudio  2.0 Audio: 2 X 3W = 6W Total. The speakers are pretty decent and are located in the front of the unit, under vents on the bottom of the machine, but between the no-name drivers and some WaveMaxx processing, they emit remarkably good audio for a laptop. yet it loud and gives some bass. All in one sense the speakers are good!

Dell hasn’t brought a major change in keyboard this time sticking with the old way, well that’s a good thing. The Dell is a maestro in making silent and comfy keypads, the round, gentle concave keys make, usually helps for long paragraphs writers  (Just in case like me!!!), which is also a good thing.

But Dell switched up the track-pad, going with a Synaptics Clickpad Series 1.5 in place of the XPS 13’s Cypress Model, and it ain’t that bad. Palm Rejection Works quite well but the way Dell controls stray cursor inputs is a bit of a hack: as soon as you depress a letter on the keyboard, the touch-pad mouse cursor vanishes.

If you are so Dell Fan and ready to spend around $1,399 you can get a 1.9GHz Core i7-3517U processor and 8GB of RAM of upgrade and ultimate of all this in just $1,499 you will get a monster Laptop which will be going all above the configuration all of the above mentioned.

The 32GB memory Cache made the system very responsive and though booting was very slow in comparison to Dell XPS 13, whereas it also not awake through sleep in the seconds as the Dell XPS 13 do.  Well, the real piece comes in the gaming section, with so much muscle power as been provided to the New Dell XPS 14 with NVIDIA GeForce GT 630M the user definitely goes for the Big Titles such as Call of Duty 4: MW others but yet it while running such games, the system starts gasping.

Dell has announced that they will soon provide a BIOS update for this Fix !!! This somewhat can make you annoy if you a user buy such a heavy title and yet it doesn’t perform as it been promised you will definitely get piss-off so before buying it think Twice.

The most impressive part of Dell XPS 14 is its Battery life. The Company advertises the battery back-up to be around 10 hours, but that only when you use it on very minor works. On working hard mode it just gives the back-up of around 6-7 Hours, but for a machine with a Core i7 processor and discrete graphics, it’s pretty great. And with such a battery back up it’s just good to carry it around.

However, the XPS 14  likes to heat up, and fast. So I recommend only using it on hard surfaces (not on your lap, sofa, bed, etc). When it does heat up, it messes with the sound and video card. It needs some BIOS update too, but it’s right to say that it has everything for everyone but, yes in pieces. If you were looking for a combo all of one on laptops, this is would be the best one!

Cons– Get Heated and Noisy, Heavy in Carrying.

So, we hope you got a detailed view of Dell XPS 14 and we wish to listen from you more about this Laptop via comments below. 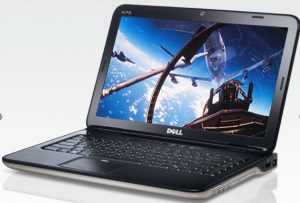